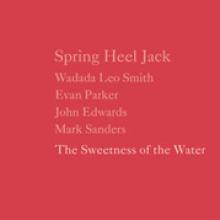 The Sweetness of the Water

Folks at Thirsty Ear don’t want you to see what’s coming. Another installment in The Blue Series is here to confound preconceived notions. First though, let it be said that Spring Heel Jack (Ashley Wales and John Coxon) is not a duo that sits firmly within one genre. They’ve collaborated with Everything But The Girl and the master spaceman himself, Jason Pierce. So this recording promises at very least, genre bounding. Throw into the mix, Leo Smith and Jah Wobble’s comrade Mark Sanders and the disc already sounds like a bizarre after party in some dark room.

The disc begins in an unassuming manner, free, but ultimately not awe-inspiring. Track two, “Quintet” showcases the talent seeping from every individual participating. The organ sounds raw and disconnected, as if recorded separately and edited in, but helps hold the freedom-music together. Mark Sanders’ excitable drumming changes repeatedly throughout the track to keep every musician moving. Confusing to all but the advanced listener, there are less melodies on this album than tracks. We do find ourselves amidst a few melodies though (“Lata”, “Track One”, “Autumn”), but in a simplified way. What this album does, that Spiritualized and Spacemen 3 do very well, is to take a plain statement and make it exciting. The ritual flights into freedom by Smith and Evan Parker (Sax) serve to inject the music with braun, while the basic concept is held down by the rest of the crew, including the producers. Again, on this Blue Series release, as with El-P, there is less personality displayed by the producer than the instrumentalists. That being said though, this album far surpasses El-P’s effort.

Let’s say I’m a teen-age girl. I wouldn’t let these guys de-flower me, but I’d probably let ‘em finger bang me in the back of their Mini-Cooper. 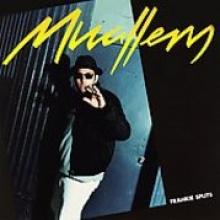 The guest appearances of Beans, Lyrics Born and Wordsworth are promising.  And each of these tracks proves that Muallem can create beats to suite each individual rapper.  Unfortunately, the rest of the album proves that Muallem also can conjure the sound track to your next visit to The Gap.  So there’s this bizarre dichotomy that this producer must conquer, or at least control.  The hip-hop tracks are quality, but the dance music, while most likely pleasing to some, disturbs the majority.  A decent effort from a seasoned producer who will hopefully, in the future be able to create entire albums of one genre, or at-least be able to combine the two more deftly.