Chief: From Switzerland with Love

Chief: From Switzerland with Love 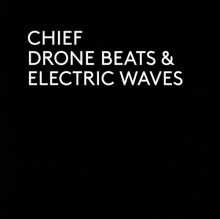 Arriving alongside Chief’s Drone Beats & Electric Waves are his past productions with any number of well known, if not still underground American emcees. The fact that a Swiss guy possesses not just the talent, but wherewithal to engage with performers on the other side of the world’s pretty amazing. With or without those underground connections, though, Chief’s new disc, an all instrumental affair, ranks up there among beat tapes and at times even seems to be edging towards an Odd Nosdam sort of experimentalism.

Nothing on Drone Beats & Electric Waves really gets anywhere near Level Live Wires, but the disc’s opener, “Anyway,” sports some electro flourishes, bleeps and gurgles that aren’t likely to be found outside of Oakland or Los Angeles. This isn’t Flying Lotus, but the music still sports a sort of dance floor friendliness sometimes lacking in tough-guy beats.

Deeper into the disc, “Hey Yo!” winds up sounding a bit like the production accompanying Kid Cudi’s “Cleveland is the Reason.” Obviously, there aren’t any verses accompanying this beat, but the tossed of femme vocal moan doesn’t hurt matters. And seeing as the track eventually floats off into the following, jazzy effort, there’s not much to complain about.

What’s interesting about Drone Beats & Electric Waves isn’t that it’s a good disc – it is – or even that producers can hold up in their homes, make records and issue ‘em. It’s that Chief’s a ridiculously talented guy at this. But there’re hundreds, if not thousands as talented. And I want a chance to hear discs from those fellas as well.


Noah 23 and the Fall of Aughties Avant Garde